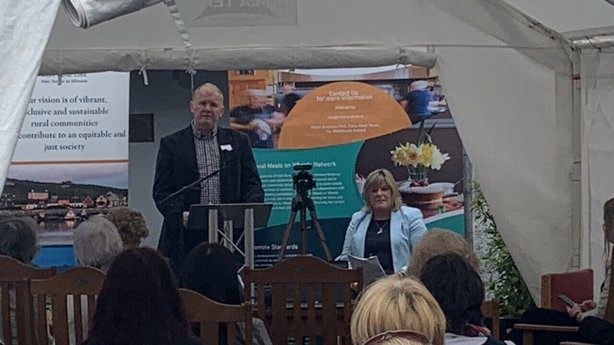 A new online map which will allow people to find their nearest Meals on Wheels service has gone live.

The interactive map is part of the new mealsonwheelsnetwork.ie website developed by Irish Rural Link. It also contains information on other local services which could be of use to people living alone or vulnerable people.

Over 250 providers of Meals on Wheels were identified by Irish Rural Link during their needs assessment process while they developed the new map and website.

The facility is part-funded by the HSE, while also relying on fundraising and voluntary time given by hundreds of people around the country, and essentially involves hot meals being home-delivered to elderly or vulnerable people living alone, on a regular basis.

“The interactive map is the first of its kind in Ireland for Meals on Wheels,” Irish Rural Link’s policy and communications officer Louise Lennon said.

“People can go onto the map and see if there’s a service in their local area. It also allows us to identify gaps in services across the country. Meals on Wheels is a local service and is delivered by the community and voluntary sector.

“It’s a vital service for a lot of people and does align with the Government objectives to deliver more healthcare services in the community and allow people to age at home.”

The online map was launched in Portlaw, Co Waterford, where the meal delivery service has been running for a number of years and has proved invaluable, as it did in many areas, during the initial stages of the pandemic.

“The centre was closed but we kept delivering the meals,” said Alice Kiersey of the Dr Martin Day Centre, where the Portlaw service is based.

“Some days we had about 50 meals to deliver to. So it was hugely important to people because they got to meet somebody. We asked them how they were doing, if they needed some shopping, we would pick that up for them. If they needed something picked up in a chemist, we would make sure they had everything. And also the chat, which is hugely important to someone who won’t see anybody all day.”

Minister of State with responsibility for older people, Mary Butler launched the new website, saying it is “such an important service”, especially for people who live in rural isolation.

“For people who might not see anybody from one end of the day to the next, Meals on Wheels is so much more than a nutritious meal being delivered to your home,” she said.

She paid tribute to the volunteers who help to run the service, from cooking the food to delivering meals to homes.

“These services would not be possible without the volunteers.”

One of those who avail of the Portlaw delivery, Bridget McGrath, described it as a “fantastic” service.

“I find it great, because I live on my own,” she said.

“It’s great to have it delivered.”

She pointed out that, during lockdown when the day centre was closed, meals were still delivered to homes.

“You’d know they were coming, and the times, so there was never a problem with it.”

She said that, between the home delivery service and the day centre itself, “there’s no need for anybody to be alone”.

You can find out more about which cookies we are using or switch them off in settings.

This website uses cookies so that we can provide you with the best user experience possible. Cookie information is stored in your browser and performs functions such as recognising you when you return to our website and helping our team to understand which sections of the website you find most interesting and useful.

Strictly Necessary Cookie should be enabled at all times so that we can save your preferences for cookie settings.

If you disable this cookie, we will not be able to save your preferences. This means that every time you visit this website you will need to enable or disable cookies again.